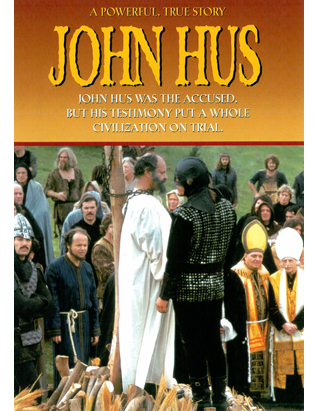 Here is an important chapter in the steps leading up to the Reformation. The history books make little mention of this Bohemian priest and scholar who lived 100 years before Martin Luther and the Protestant Reformation. Yet, John Hus was convinced and taught openly that the Bible should be presented in the language of the people, that salvation comes by faith in Jesus Christ, and the Word of God is the final authority. He taught in the University of Prague and as a pastor, challenged the abuses of medieval Christendom.

Intrigue and false promises weave a powerful story of one man’s commitment to faith in Jesus Christ. He was summoned to the Council of Constance and promised safety, but he was betrayed. In the end, Hus was accused, imprisoned, and charged with heresy. Ultimately, he was condemned and burned at the stake as a heretic.