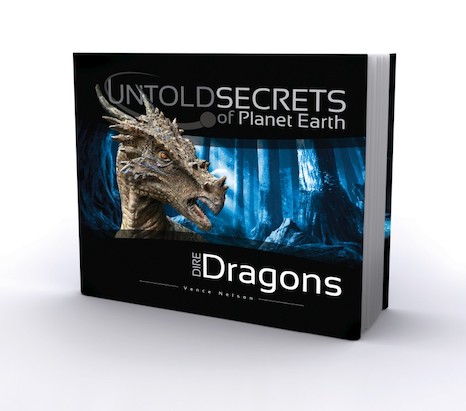 This is a book with amazing pictorial evidence that dinosaurs and humans lived together.

This amazing new book is the result of nearly ten years of research by Vance Nelson. Vance Nelson is a researcher, speaker, and writer. He travels the world searching for evidence relating to the history of planet earth. He has been on international radio and television.

If dinosaurs lived alongside people as the Bible indicates, then surely somewhere on planet earth the evidence of such an extraordinary coexistence would be found. Dire Dragons provides revolutionary and profound evidence from ancient artwork that there is a real, powerful, documentable, and defensible connection between the dragons of ancient times and the dinosaurs we know so well from fossils. If you need to see the evidence, this book is for you.