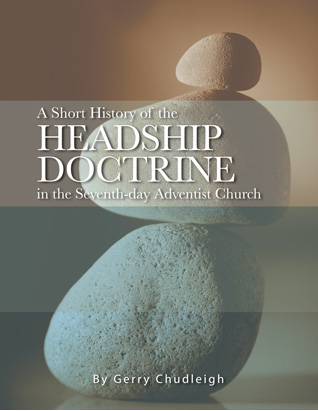 A Short History of the Headship Doctrine

In the late 20th century many Seventh-day Adventists adopted the “headship principle,” a doctrine which attempts to establish a biblical basis for excluding women from leadership positions in the home and the church. This book defines headship theology, explains why it was Calvinists who developed it, and outlines how and why it was adopted by some Adventists.

The Seventh-day Adventist Church, which was organized in mid-19th century America and has grown to nearly 20 million members worldwide, has always emphasized personal relationships with God and the importance of following one’s own conscientious understanding of the Bible.

This commitment to individual study and individual conviction has often placed church teachings and practices in tension with established churches and with the values of the wider culture. Early Adventists were clearly out of step with American culture in observing the seventh-day Sabbath, in expecting Christ to return very soon, and in rejecting the popular notion of immortal souls that might burn eternally in hell.

And there was another powerful filter that distinguished Adventists from other conservative American churches. Many Christians in the 19th century, applying literally Paul’s words that women were to be silent in church and not teach men, did not become Seventh-day Adventists because the Adventist church accepted and valued the ministry of women in ways that were out of harmony with American culture and popular religion. This was especially evident in the preaching, teaching and general leadership role of Ellen White, co-founder of the church, but was also evident in more than 30 other women who served as licensed Adventist evangelists and ministers in the 19th century.

But over time the church’s openness to women in leadership positions declined and was largely forgotten. After Ellen White died in 1915, she came to be viewed by many as unique among Adventist women, rather than as a role model. In the first half of the 20th century most women leaders and evangelists were replaced by men. Then, in the late 20th century, many conservative Adventists adopted a new male “headship principle” doctrine that was then gaining a foothold among some evangelicals. This new headship principle would have prevented many earlier Adventists from joining the Seventh-day Adventist Church, but was now seen by its advocates as essential to the correct interpretation of scripture.

This book provides a brief outline of who developed the headship principle among Calvinist churches, who imported it into the Seventh-day Adventist Church, and why it was quickly accepted by some Adventists.

Gerry Chudleigh is communication director for the Pacific Union Conference of Seventh-day Adventists, based in Thousand Oaks, Calif., and publisher of the Pacific Union Recorder. The views expressed in this book are his own, not necessarily those of his employer.