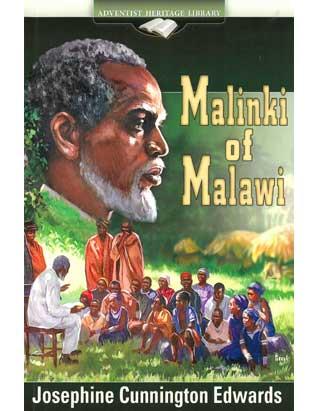 Where the Livubwe River flows down into the mighty Zambezi, the village called Milongo once sprawled out over the rocks and little rises. The bwala in the center of the village, beaten flat almost to iron hardness, had been made by the footsteps of many generations. It was here in this little village by the river that Malinki was born to Mwasekera, a slave girl who had been sold by her own brother for four quarts of meal, and then captured by Angoni warriors and given as a wife to one of her captors. Into such a life Malinki was born only to be sold with his mother by his father to another trader- this time for a gun, some bullets, a length of cloth, and a jug of rum.

This is the story of the struggle of Malinki and his mother for their existence in Africa, called in those days the Dark Continent. But it is more than the struggle for existence; it shows the courage and strength of one born in slavery to forge ahead and make a better life. The story shows the influence that can be exerted by men of principle as well as by unprincipled ones. This is the story of the beginning of mission work in central Africa. It is the story of a man, Malinki, who became Nyasaland's (now Malawi) first African teacher to hold a teaching certificate. The story of a man who willingly became a slave- a slave to Christ and His cause.