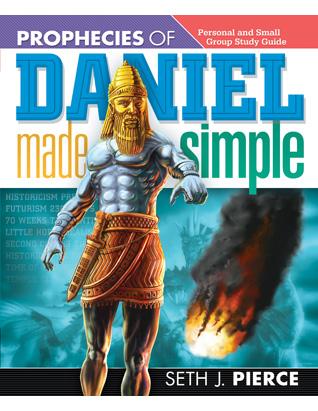 Prophecies of Daniel Made Simple

Daniel wrote his book a long time ago, so does it really have anything to do with us today? Can Daniel really tell us what to expect in the future?

The symbolism in the book of Daniel can be difficult to understand. First comes the giant statue made of different metals, which is smashed by a gigantic rock. Then the four beasts: a lion with eagle’s wings, a hump-backed bear, a leopard with four wings, and some kind of indescribable beast with ten horns and iron teeth.

If the symbolism isn’t complicated enough, the book of Daniel uses a lot of unfamiliar words. What is an "abomination of desolation"? What kind of language is "mene, mene, tekel, upharsin"? If you’re not confused yet, there are four major schools of thought about how to interpret all these things!

If you’ve ever found Bible prophecy difficult to understand, Prophecies of Daniel Made Simple is a perfect book for you. Using interesting illustrations and thoughtful questions, author Seth Pierce will make the symbolism clear, clarify the unfamiliar terms, and explain what the prophecies meant for the prophet Daniel and what they have to say to us today.